It was reported on Thursday 24 July 2020, that two doctors were arrested by the Kyoto Prefectural Police for allegedly murdering a woman who had amyotrophic lateral sclerosis, or ALS, at the patient’s request. 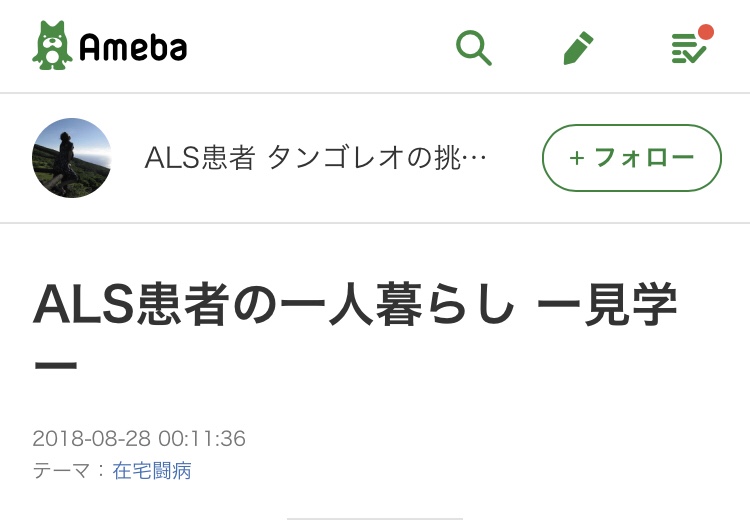 On August 28 2018 in blog post entitled. ‘ALS patients living alone-visit’, Hayashi talks about the difficulties organizing care and finding an apartment that the owner will rent to her ”

First, the management company promptly refuses. At least ask the owner and refused! I was disappointed. I felt absurd.”

“ If I declared an armistice yesterday, it made me sway again, and it was difficult.

Today, the counselor brought in two care managers because he wanted to see the life of an ALS patient alone.

Apparently I haven’t been in charge of ALS patients yet In my case, it was a 24-hour support system, so I was surprised at the number of business establishments involved.

Some helpers (who get along) come in 4 times a week, and some come in once a week.

I was working in Tokyo when I knew I was sick, but I could only think of returning to my parents’ home (Kansai) because of my anxiety and anxiety.

I’m still wondering if it was right.

My parents’ house was 3 stories and my house was 3 stories, so it was difficult to move. Care managers, counselors, remodeling shops, etc. all thought about ways to add an elevator to the parents’ house, but in the end I couldn’t force my father (my mother died early). I chose to receive it and live alone. (My father was also old and it was difficult to support me financially.)

When I think about it now, I think he wanted to be independent.

At that time, if I had already fallen, I couldn’t get up by myself and I was worried about what it would be like to live alone

.It was okay to make a decision, but what I was suffering from was finding a room.

It would be nice if I didn’t choose a region, but I wanted to ask my dad about shopping, and at the beginning it was better to be closer to my parents’ house (in case of emergency, now I can contact the doctor and my doctor). I arrived and found that it would be nice to go to my family’s hospital in less time.) I decided to search in an area of high rent in the city. The rest is barrier-free. Not many properties lend to welfare recipients.

First, the management company promptly refuses. At least ask the owner and refused! I was disappointed. I felt absurd. I hit a lot of real estate agents and finally found my current apartment 5 months later. It’s a bit smaller than I had hoped for, but it’s a comfortable room on the 10th floor facing south, with no obstruction and a wide blue sky. Barrier-free with auto-lock. Thanks to the owner. Moreover, there is a parking space, so I didn’t have to rent a parking lot for helpers coming by car. The caretaker is also friendly and helpful to the helpers. It was good to be persistent and look for it.

For now, I am able to live without any inconvenience. Except for being sick.”

0 comments on ““For now, I am able to live without any inconvenience. Except for being sick”, writes the late Yuri Hayashi, ALS patient”